This Is Where I Came In

This page is about the album. For the song, see: This Is Where I Came In (song)

This Is Where I Came In is the Bee Gees' twentieth original album and the final album of all-new material released by the group before the death of their brother Maurice Gibb in 2003. It was also the only album of all-new material the band would release on Universal Records. The album was released in 2001. The single, "This Is Where I Came In", which is reported to be a reflection on the Bee Gees' career, reached No. 18 in United Kingdom charts in 2001.

Each of the Bee Gees get a chance to sing solo on the album; for example, Barry Gibb sings "Loose Talk Costs Lives", Robin Gibb sings "Embrace", and Maurice sings lead vocals on "Man in the Middle".

The album features a variety of musical styles and genres. "This Is Where I Came In" follows the rock/indie theme more commonly found on 1960s Bee Gees songs. "She Keeps on Coming" and "Voice in the Wilderness" have strong rock themes, while "Sacred Trust", "Just in Case", and "Wedding Day" continue the Bee Gees' trend for love songs. Two of Robin's songs, "Embrace" and "Promise The Earth" are Europop dance songs, while "Technicolor Dreams" is an exception to the rule, as it is an homage to the typical 1930s Tin Pan Alley melody. 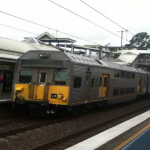